This was really a pile of app development projects in one. A master tablet app with 20 mini-apps built in, a networked desktop supervisor’s app, and a server management system integrating and managing all. (There are numerous screens not shown here.)

The impetus: the MTA was still using paper forms to collect information from SCC (subway platform) Booths, which required a supervisor to regularly visit all 14 stations by car to gather them. The method, along with the subsequent digital data entry was slow, tedious, and ineffective.

Additionally, the intended users were atypical for mobile apps: mostly retirees with an average age around 60, reactivated in new jobs as booth operators, and largely not technically knowledgeable. So, contextual research was an absolute necessity on this project.

My work started in the field, visiting user environments, meeting users, learning existing methods, and translating needs/wish list items from the agency’s Director into buildable features. Next, I was responsible for ideating from what was learned, in order to engineer all functionality and create the application architecture. That work was tied together in a detailed study I authored which was presented to the client for project approval.

Following, was wireframing and creating all technical documents for coding. I partnered with the project’s UI designer to translate dated paper (MS Word) forms into a clear, usable, intuitive UI. At the point, it was a long road of dev team sprints, team management, testing, and client communications.

Lastly, security was a major issue. From both a theft and system infiltration standpoint, the whereabouts of tablets had to be accounted for at all times, but wireless connectivity was non-existent. I devised a check-out/check-in system that monitored who had an app in their possession, controlled a special locking dock (my hardware design), and after x time being unaccounted for, went into self-destruct mode (wiping all data) and the master system alerting a supervisor.

...he (Ken) helped me and my immediate staff assemble a strategy and “big picture” plan to transform the dated and inefficient legacy systems, currently being used, into cutting edge and “industry first” examples of efficient and effective use of technology and data. 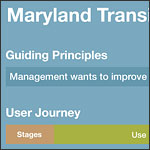 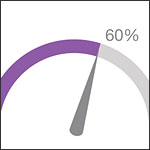