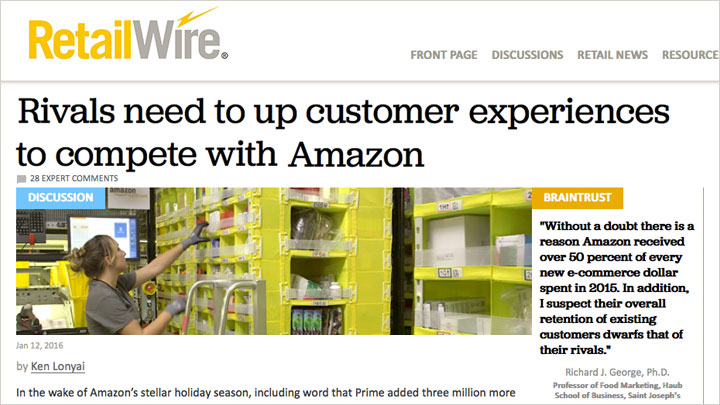 Articles I’ve Authored (published by others)

I’m not a reporter. I don’t write corporate newsletters. I write about current or trending retail, m/e-commerce, and technology issues, considering and evaluating their effect on consumers, the marketplace, verticals, and specific companies. My retail and m/e-commerce writing is almost always related to UX/CX (User Experience/Customer Experience) based upon the CX Profitability Continuum. Technology articles are often related to HUI (Humanized User Interface™).

Know Me by My Comments

I've been quoted in more than 20 retail and business publications, which is a real honor. It's probably because being a "yes man" is not in my DNA and I've have shunned the standard line of crap to say what I believe.

Amazon is Scouting the Wrong Approach to Improving Product Discovery

Jeff Bezos has said "To invent you have to experiment and if you know in advance that it’s going to work, it’s not an experiment. By that definition Amazon Scout is an enormous experiment.
Scout is a new visual search engine of sorts (within Amazon). It’s aimed at categories where visual appeal is 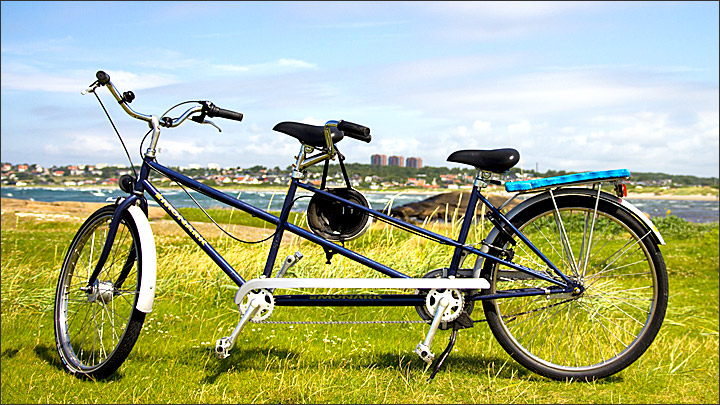 What if Walmart Leveraged a Radical Partnership Tactic to Thwart Amazon?

Amazon, especially after the Whole Foods acquisition, is viewed by pundits and analysts of every stripe, as unstoppable and unconquerable. The premise is not new, yet many behemoth companies have been in a similar position only to be unseated from their dominance. Two examples are General Motors and Sears. So why would Amazon be the exception that can never be toppled from on high? 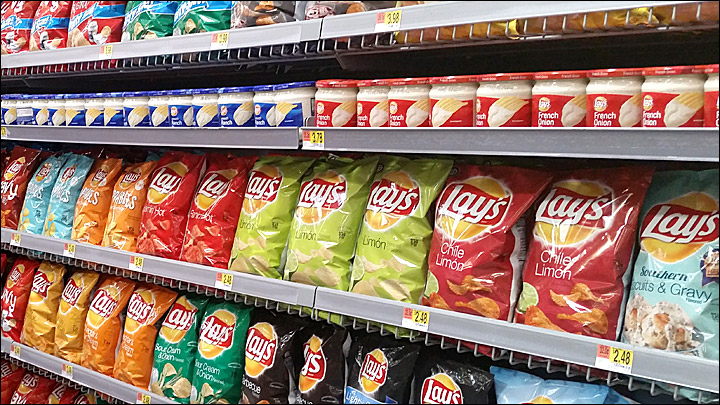 Grocery was renowned as a thin margin high volume category, struggling to leverage m/e-commerce profitably. Then Amazon acquired Whole Foods. Transformation is coming, it’s official now. Irrespective of what Amazon plans for Whole Foods and the grocery vertical and what “experts” speculate, in order for… 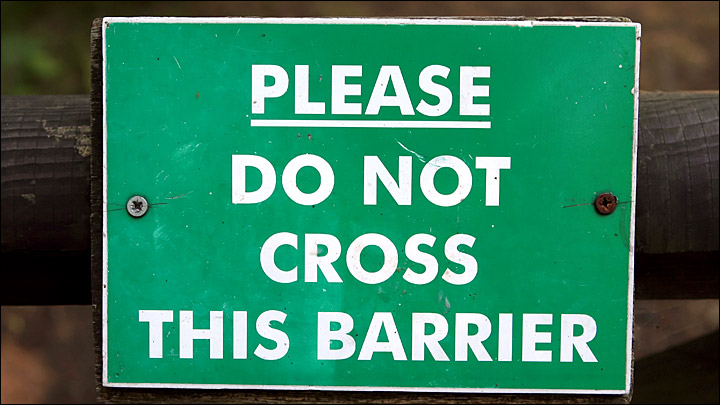 Retailers are Selling Their Soul and Giving Away Customers

In Jim Croce’s classic “You Don’t Mess Around With Jim” he warns “You don’t tug on superman’s cape, You don’t spit into the wind, You don’t pull the mask off that old lone ranger, And you don’t mess around with Jim.” If he were with us to update the ditty for some of today’s retailers, he might change the last caution to 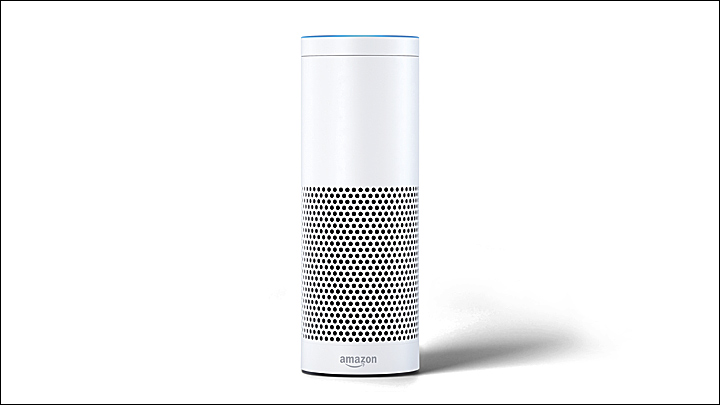 No Surprise: It Sounds Like Alexa Will Recognize Your Voice Soon

Time magazine put out an exclusive that Amazon’s popular assistant Alexa will soon be able to identify people by voice. The magazine is making this seem like an Amazon breakthrough, but it’s far from it. In fact, this is the most underwhelming tech story that I can remember. It seems that the writer is not at all familiar… 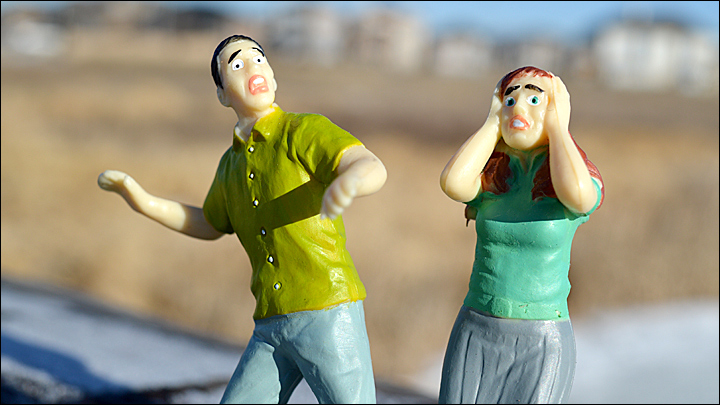 Another “Amazon Should Fear Google” Scenario That Won’t Happen

Google just announced what some may feel is an overdue response to Amazon’s wildly successful Echo/Alexa product line: shopping via Google Assistant on the Google Home device. Just like with Alexa, users can talk to the app/device and purchase “everyday essentials—from paper towels to vitamins”… 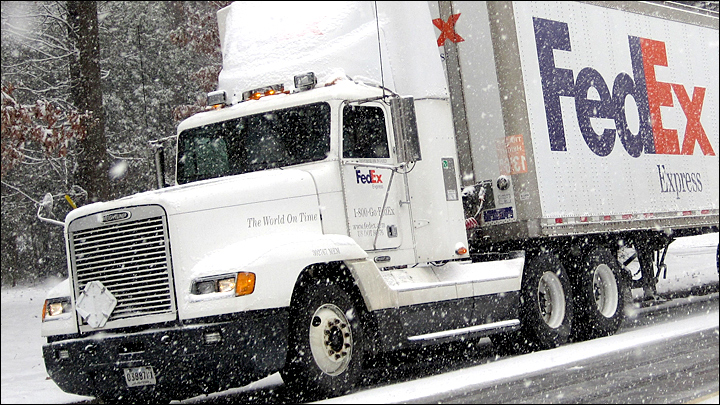 Amazon and Walmart largely serve two different demographics, with an overlap in the middle… 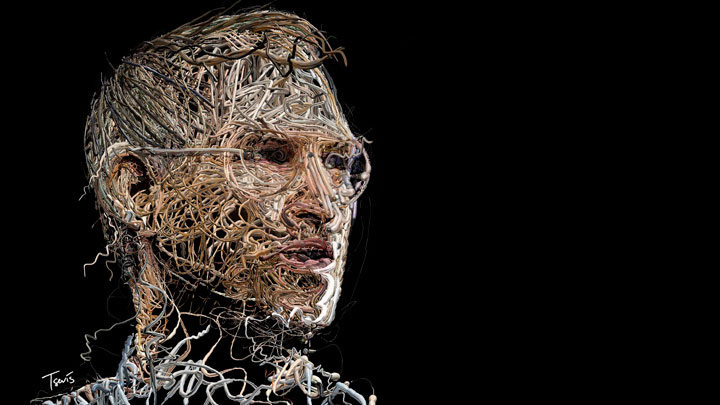 Crowdfunding: Does a Successful Campaign Validate a Viable Business Opportunity?

According to folklore, Steve Jobs knew exactly what people wanted or what their needs were and with that skill, created products that consumers couldn’t resist. Legend also has it that Apple never did user research or focus groups. Well… Steve did have a good product track record, but his ideas didn’t always work and there are people who say Apple did indeed do user research and product testing in the Jobs days…